This dark short film portrays a shocking story that may not be too far from a possible reality that some transgender people have unfortunately faced or could face. The exclusion, misjudgment, confusion and frustration that the protagonist goes through, is something that the LGBTQ community can easily relate to and/or understand. However, there are misconceptions and sometimes not enough information about being transgender. Our main purpose is to bring awareness about this social issue..

Disclaimer : Thanks to our partnership with From The Heart Productions, ANTONI-A has a 501(c)(3) status, which means every donation made is tax-deductible.

A tormented transgender person is interrogated by a caring detective after a closeted client is found murdered in a motel.

Antonia is a transgender sex worker with a troubled past that we discover while detective Ana Frank is interrogating her. Bloodied and beaten by Mr. Silverman, her client, Antonia relays the harrowing events that caused her bruises and his death.

On a routine night working the streets, she comes across a familiar face looking for sex. Antonia quivers initially, but, decides to get into the client’s car.  Inside the motel room, a skittish Antonia and a reassured Mr. Silverman kiss passionately. The more they kiss and grope one another, the more Antonia wonders if the man responsible for her near-daily beatings, when she was 7, recognizes her.

Detective Frank carefully probes for more details, possibly a motive. Antonia encroaches with incriminating information. She speaks about her father being embarrassed by his gay son and the shame it brings to the family.

After hours of interrogation, Ana uncuffs a bewildered Antonia. The formidable detective softens to Antonia and offers her a consoling hand.

Antonia, is being interrogated by Detective Ana Frank after the body of Mr. Silverman, her client, was found in a motel room. Detective Frank wants to understand what happened that evening allowing Antonia to relate her story. She recounts that after leaving the male club, she encounters Mr. SIlverman, whom she recognizes from her past. She feels nervous that he might recognize her.

Antonia relives the past and tells Detective Frank that as a child she had fallen in love with a boy named Marco, Mr. Silverman’s son. In the motel room, Antonia can only think about Marco, and now she was having sex with his father. Once naked, Mr. Silverman recognizes Antonia as Antoni, the boy he once knew and angrily attacks her, triggering years of abuse by her father.

Detective Frank understands, some people are forced to do things they don’t want to do. 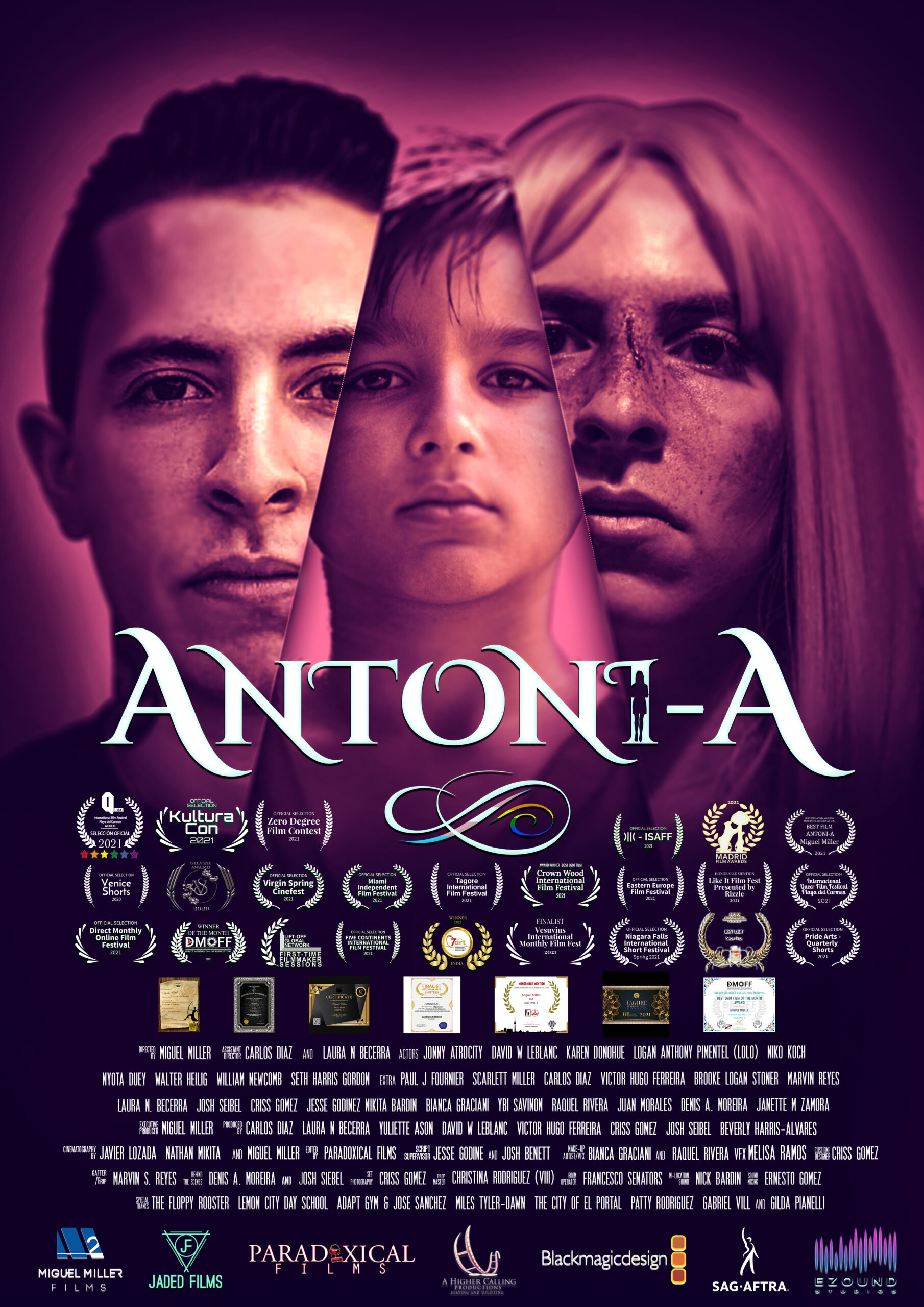